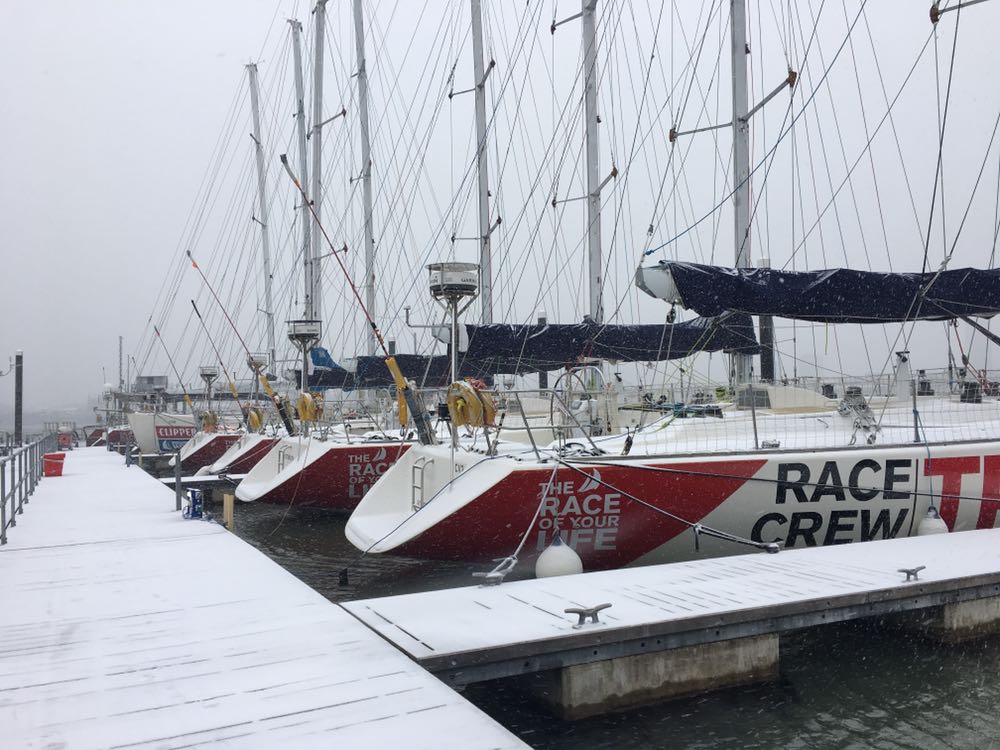 Although, we are over halfway through the Clipper 2017-18 Race, there are some ocean racers who are yet to begin their adventure and final Level 4 Training recommenced in earnest to get the last few participants ready for the few remaining legs of the circumnavigation.

One such person is Steven Parker (Leg 7, Dare To Lead), who only found out about the Clipper Race when he saw an interview with Sir Robin Knox-Johnston on BBC Breakfast at Race Start in Liverpool back in August 2017. He says: “I thought ‘that’s a challenge that I’m really interested in doing’ and I signed up to see what it was all about.” 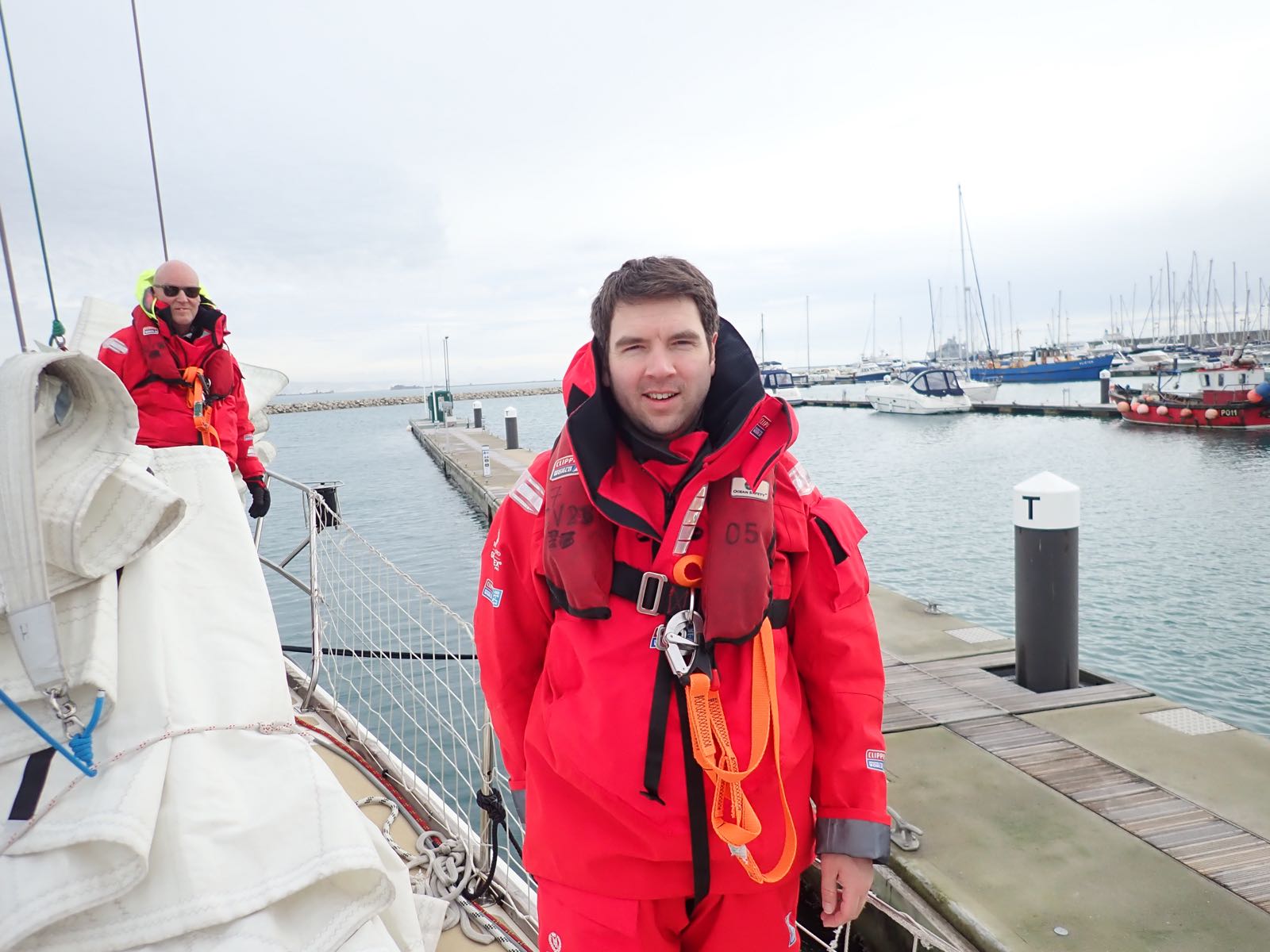 As a Consultant Engineer in ‘real life,’ designing heating and cooling ventilation systems for buildings, Steven says that this will be quite a change in lifestyle, though with some similarities too. He explains: “This will be quite different in some aspects in terms of racing but there will be some aspects that will be helpful too; there’s a lot of teamwork involved on the large construction projects and obviously we’ll be in close quarters on the boat. There’s a lot of problem-solving, thinking on your feet…and some physical activity is always good.”

Having signed up for one of the ‘warmer’ Legs, he has found the most recent training sessions quite an experience, explaining: “The Level 4 Training has been really interesting this week. We had started off for training and when we arrived there was two or three inches of snow on the boat and it was completely icy. We tried to clear as much as we could and we were able to go out after a couple of days. 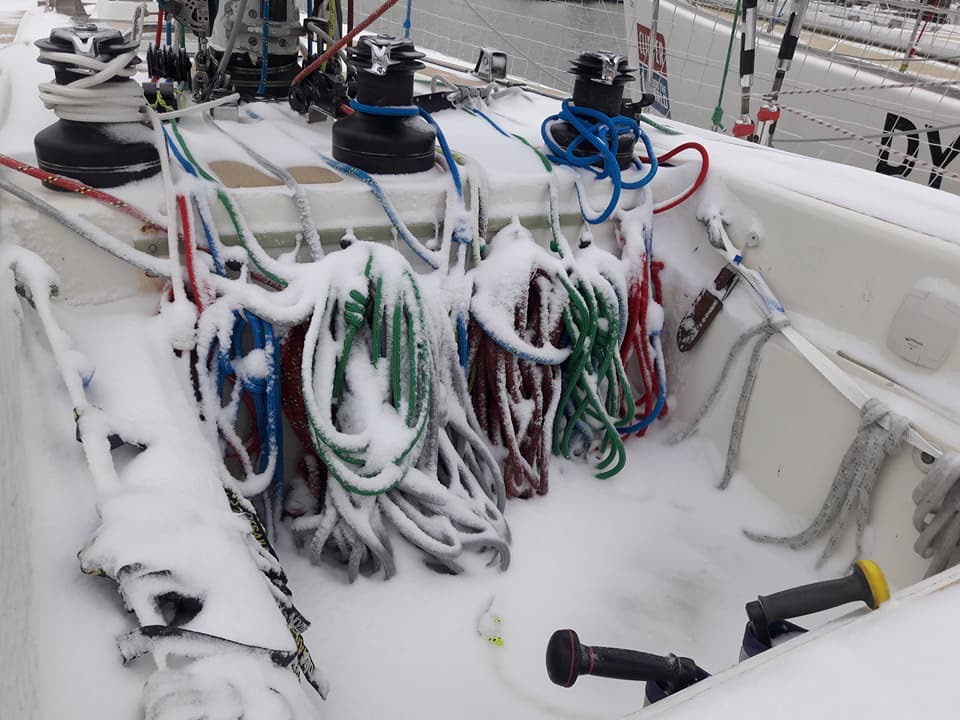 “We then had two or three days of quite rough seas and heavy weather with Storm Emma passing through. But [the last two days] was glorious sunshine. As we came into Gosport, thick fog came through and that was very challenging. Everyone on deck, eyes out and listening for fog horns and trying to find navigation lights to find our way home.” 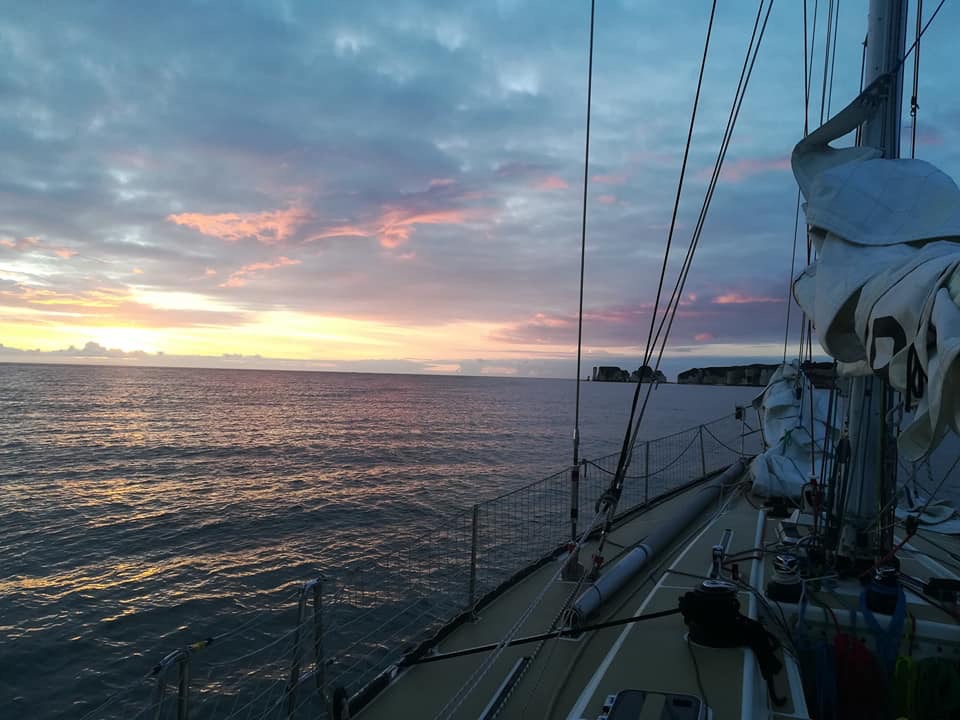 Despite the challenges, Steven says that the training was a lot of fun and there was no doubt about the highlight: “The highlight has just been the people. Such great, varying characters with different skills and we’ve really worked together as a team. Some of them I’ve met on previous training levels as we joined quite late and we’ve done some of our training together and seeing some of them again has just been great fun.” 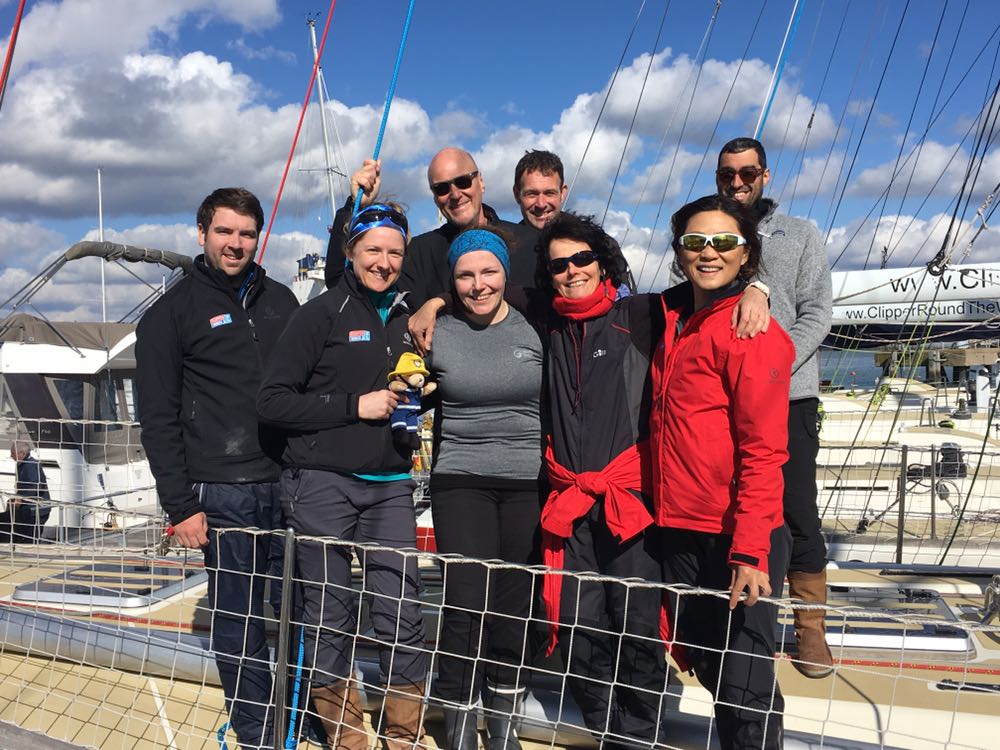 Although the training sessions for the 2017-18 edition are coming to an end, training has already begun for the 2019-20 race. If you would like to join them, apply now for the race of your life!