Eleven months ago, a bright blue boat set sail to not only race around the world but to also proudly fly the flag around the world for the Charity Partner of the Clipper Race. The Unicef team, finishing sixth overall, wasa brilliant advocate of the charity they represented but also gave everything ithad to the global race too.

Unicef didn’t have the wait too longfor their first victory. The team scooped the top podium spot for Race 3, from Cape Town to Fremantle, Australia. On completing the 25 day and 4,754 nautical mile race across the Southern Ocean, Skipper Bob Beggs said of the win: “"The crew have really been empowered, they've worked hard and it's great to see them rewarded." 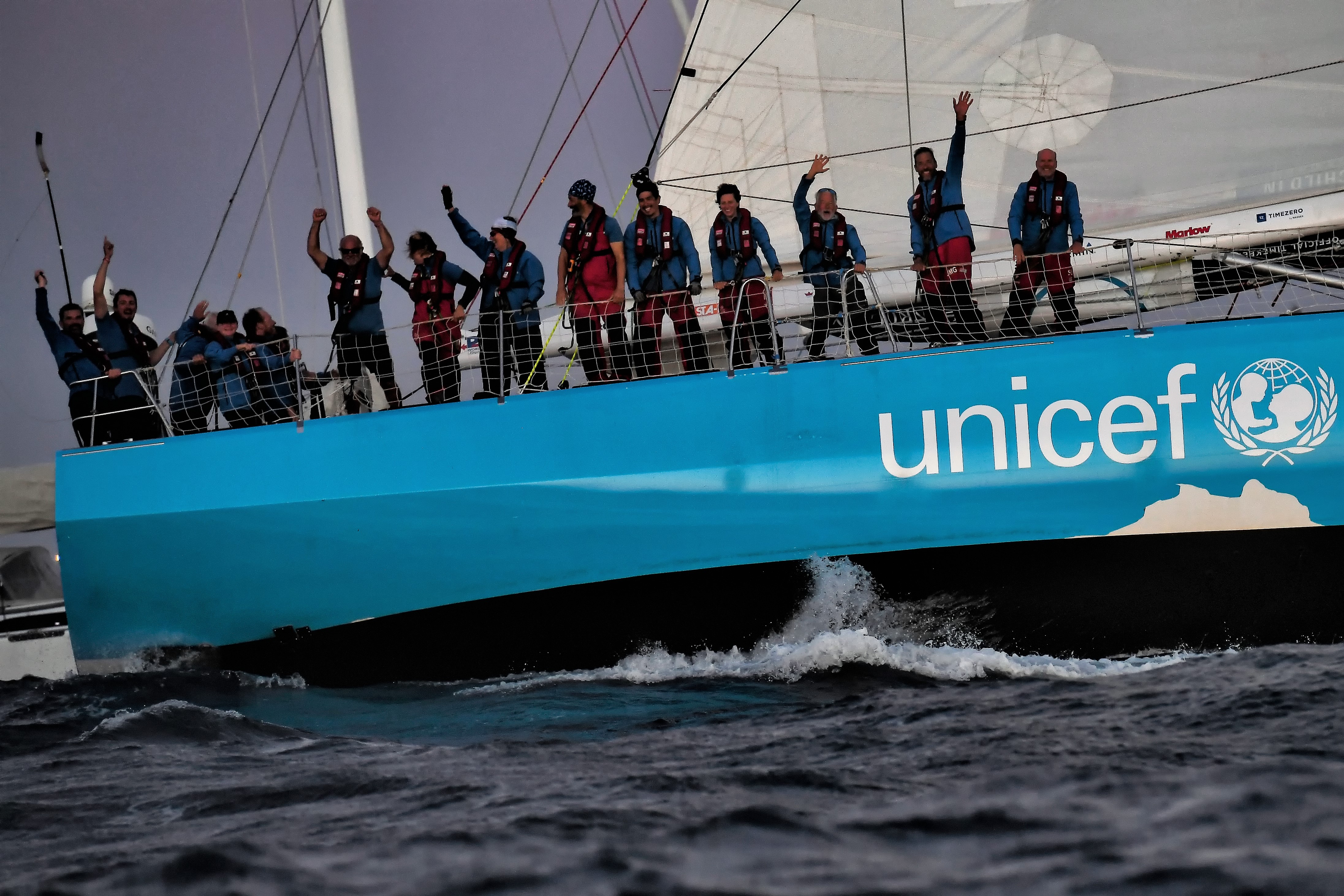 Legs 4 and 5 saw the arrival onto Unicef of two of the youngest crew members across the Clipper 2017-18 fleet. Cameron McCracken joined the team in Fremantle to take on Leg 4 and 5 and turned 19 just before arriving into Sanya and Tom Dixon, aged just 18 took on the Clipper Race challenge for Leg 5. Crew ages across the fleet ranged from 18 to 76 during this race edition but Cameron says that age is irrelevant on board. He said “there’s no concept of age on the boat – there’s no prejudice of any form. So long as you get stuck in, no one has any qualms. It’s when you don’t that there might be an issue. You just have to pull together.”

The crew was always inventive in ways to raise awareness and funds for Unicef during stopovers. From Nicola Trinder and Ashley Minato taking part in a spinnaker packing challenge in Sydney, to Lizabeth Rose and her classical music concert in Seattle, the blue crew were always hard at work. The Unicef team was also integral to all of the project visits around the world. These visits were a fantastic way for the crew to inspire children around the world with tales of their adventure and in exchange, learn first hand about the initiatives Unicef supports to help children. During the Stopover in Cape Town, crew visited the Isibindi Safe Park in Grabouw which is a community-based programme that strengthens families and helps to protect children from abuse, neglect and violence.

America must have been a lucky charm for Unicef. The team battled the mighty North Pacific Ocean, in Race 9, nicknamed ‘the big one’, from Qingdao, China to Seattle, USA, winning third place. And then in Race 12, which started from New York, Unicef saw podium triumph again, coming second. There was extra joy for this as the team had decided to play its joker, gaining a bountiful 22 points. 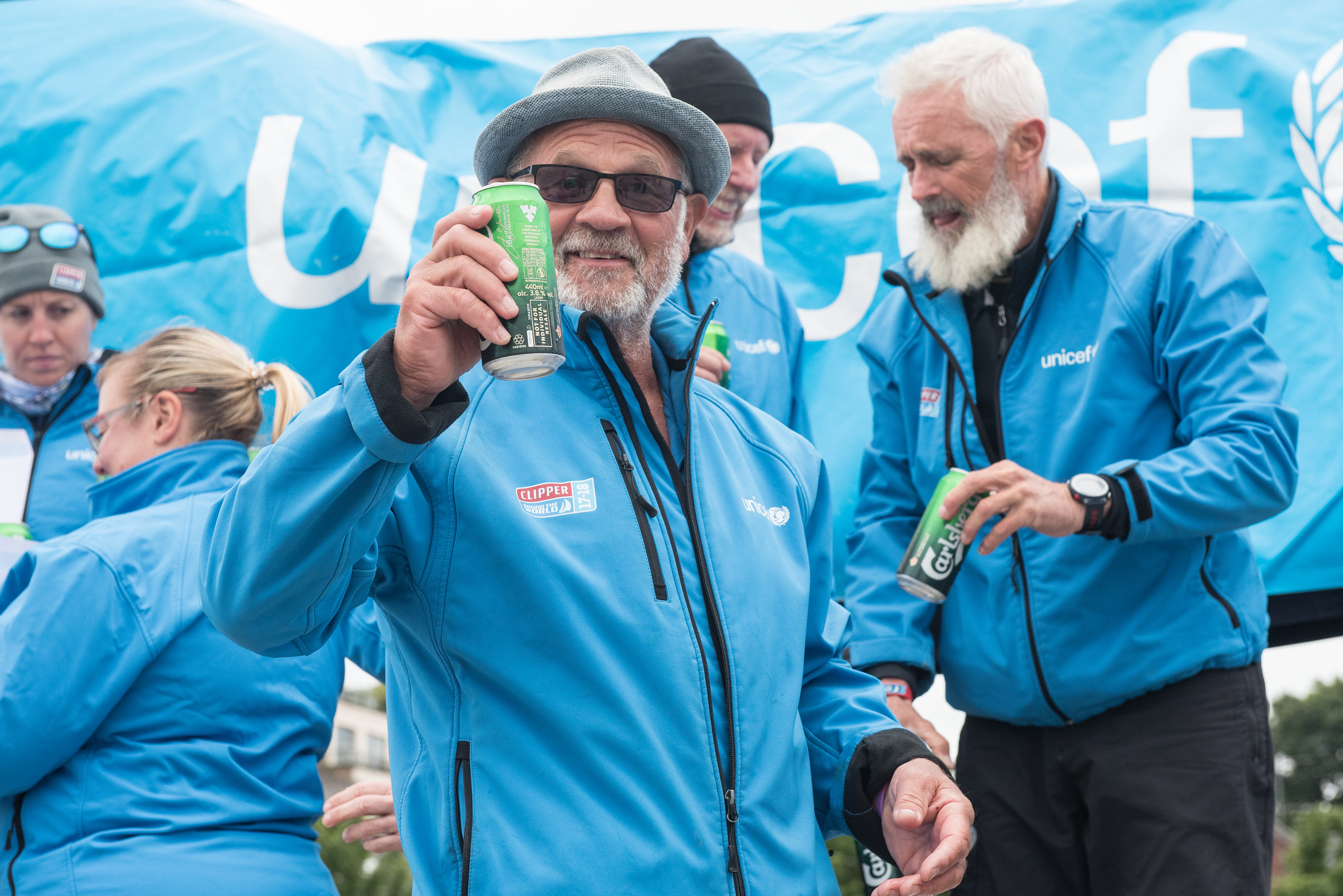 This was a shrewd move by Skipper Bob Beggs as this was his twentieth Atlantic crossing. Speaking of their second place win, Bob said “This is a huge result for us. Despite the cold and wet conditions, we never fell out of the top three and getting the Scoring Gate bonus points was just a huge boost.

“We played our Joker Card for this race as this is a stretch I have sailed regularly and I know the currents quite well. I also thought it would help the crew focus at the end of what has been a long circumnavigation and it did. I’m really proud of their efforts – amazing job by all on board.”

Unicef crew member Anne-Lise Perrin was a brilliant spokesperson for the team, through her regular crew diaries. In her final blog, she reflected on her experience aboard the big blue boat. She says: “being on deck on the open sea was, is and will remain the biggest times in my life of continuous happiness, when I have felt most at peace with the world and myself (not a small achievement, being by nature a grumpy French person after all). I will remain eternally thankful for that life changing adventure.”

So congratulations to Unicef, for your competitive determination and for your philanthropic spirit that you raced around the world. 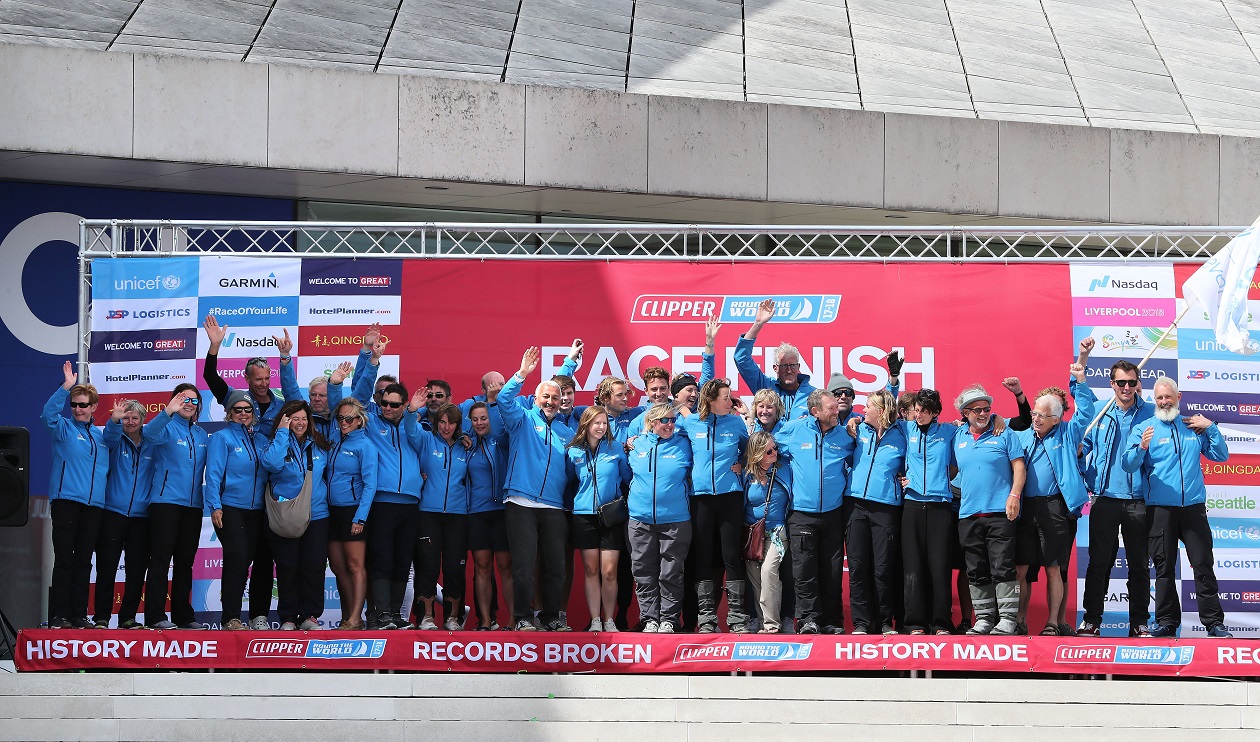 Want a reminder of the team’s experiences on board? Check out its crew diary page to learn more about what it takes to be a Clipper Race crew member.