With less than two months to the start of the tenth edition of the Clipper Race we're marking the occasion with an exciting new version of our official Race Game.

We're teaming up with the Virtual Regatta for the fourth consecutive edition so that followers of the world's longest ocean race can once again have the chance to test their skills against the racing fleet in the Virtual Clipper Race.

“The Virtual Race is a great way to get involved and is a highly addictive game which provides a brilliant opportunity for fans, friends and family ashore,” explains Jonathan Levy, Global Business and Communications Director at the Clipper Race.

“Players of the game race along the same route and have to tackle the same weather conditions as the actual fleet. Deciding on sail plan and course can be very challenging, even while racing from an armchair!”

This is the fourth consecutive edition that the Clipper Race has teamed up with the Virtual Regatta to provide the game which allows fans to race the same route as the yachts.

For our tenth edition there is a brand new look and feel to the game and former Clipper Race crew will be recognised with specially branded virtual ocean racing yachts. 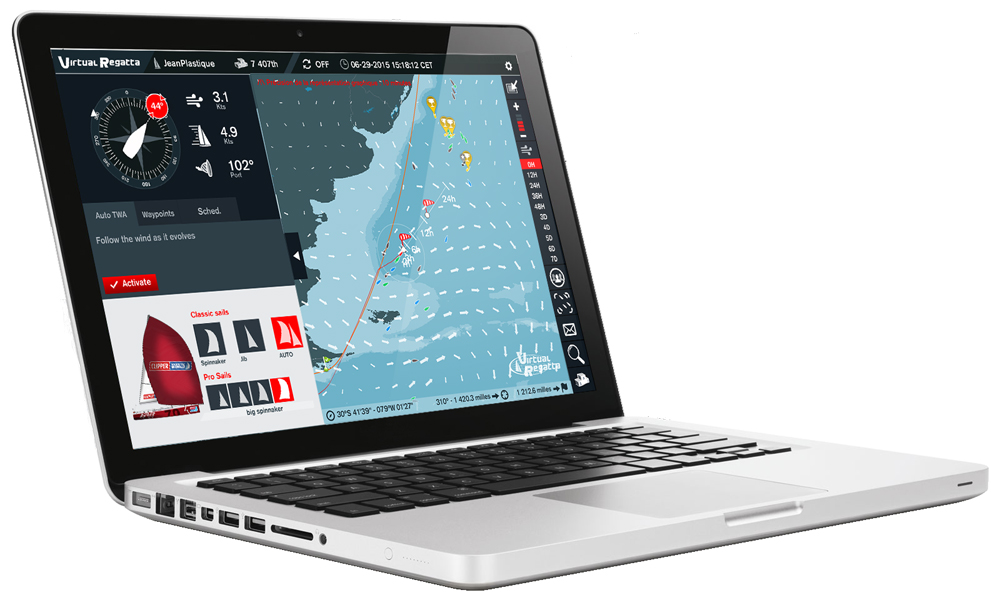 Over 60,000 people played the Virtual Clipper Race during the previous edition of the game, with one 'virtual' player making the transition to 'real' sailor and is in training for the challenging Pacific Leg 6 of the Clipper 2015-16 Race.

After qualifying with a high rank in the Virtual Clipper Race, Frenchman Olivier Thomas was selected for the all expenses paid prize.

“Crossing the Pacific Ocean will be very different compared to playing the Virtual Race,” explains Olivier.

“The Virtual Race is a very addictive game and I enjoyed playing the last Virtual Clipper Race.”

March 2016 will signal the start of Olivier's adventure when he steps on board a Clipper Race yacht in Qingdao, China.

“What I'm fearing the most is the cold conditions. I'll have to make sure I'm very well equipped to deal with the conditions. It's a very long leg, around 30 days, so it's definitely n individual challenge as well as a team one,” added Olivier.

But that gives him plenty of time to hone his skills on the Virtual Clipper Race from the end of August.

He said: “I am very pleased to be working with the Clipper Race for their tenth edition. We aim to grow the audience even further in the 2015-16 series, especially with the new interface design and special features we are introducing. For the first time we will invite all the previous Clipper Race crew to play the game with a special boat that will identify them for the rest of the players.”

Details on how you can sign up for the Virtual Clipper Race will be announced shortly.

Last month, Alumni Clipper Race crew members were invited to share their racing adventures and celebrate their memories as we approach the 20th anniversary year of the race's creation.Thanks to everyone who got in touch and shared their adventures. More than 140 entries were received…

As we approach the twentieth anniversary year of the race, we want to celebrate the years of adventures by sharing crew members favourite memories in our alumni photo competition.There is just a week left to enter the competition, which closes on 25 May and is…

Following the extreme conditions he tackled on the Clipper Race, former international rugby star Ollie Phillips is today setting off…