The Visit Seattle team has sent a message of support from the other side of the world to the Seattle Seahawks in celebration of the NFL team clinching a spot in the 2016 Superbowl playoffs this week.

And in return, the Seahawks have reciprocated by posting the story about the Clipper Race team in the fan appreciation section of its news website, and by retweeting the story to its 1.2 million Twitter fans.

The Clipper Race crew went out sailing in Sydney Harbour wearing Seahawks shirts and caps and flying a flag for the American Football team which won its game against the Cleveland Browns on Monday night to give them a place in the Superbowl playoffs for the second consecutive year The distinctive Seahawks logo was also revealed on the yacht’s Yankee 1 sail, where it will now stay for the rest of the round the world race campaign.

The crew, along with Skipper Huw Fernie, posed for images with the popular Seahawks slogans “I’m in”, “12” and “Go Hawks” in front of the Sydney Harbour Bridge and Opera House which will be sent back to the team as a show of support during its playoff campaign. 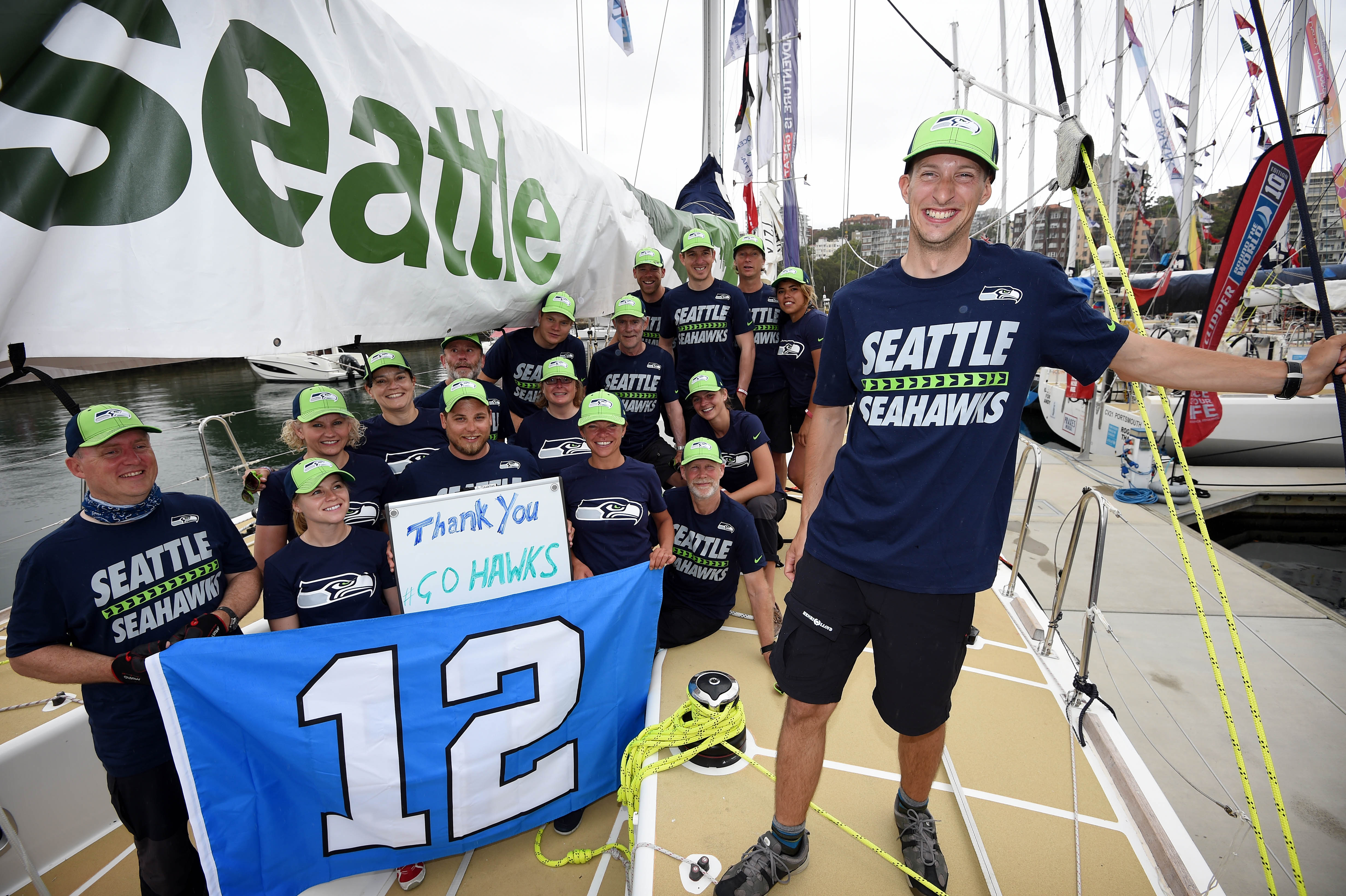 Visit Seattle round the world crew member Dana Nicholls said: “The Seahawks are awesome. I am from Los Angeles, but as we don’t have a team there we have to branch out, and so I support the Seahawks.

“I follow the results when I am in port during the race, and I hope we get to see the playoff game. A lot of friends back home will be very jealous about this opportunity. Everyone on board wishes the Seahawks the best of luck for the playoffs,” Dana added.

“The 12s have never been more global,” said Ralph Morton, Executive Director of the Seattle Sports Commission, a division of Visit Seattle. “We’ll give Skipper Huw Fernie and his crew a loud Seahawks welcome when they arrive in Seattle next year.”

The Visit Seattle team are currently in Australia after racing 14,000 miles from London, and are now preparing for one of the world’s most famous offshore races, the Rolex Sydney Hobart Yacht Race, which forms Race 5 of the global Clipper Race series.

The race leaves Sydney Harbour on Boxing Day, 26 December, in front of hundreds of thousands of spectators, and millions watching at home on national Australian TV as some of racing’s biggest names compete.

If the worst forecasted weather condtitions, estimated to bring gusts of up to 50 knots through the Rolex Sydney Hobart…

The Unicef crew has cycled 1000 kms in its bid to cycle the length of the Rolex Sydney Hobart Yacht Race (628 nautical miles/723 miles/1225 kms).The crew have cycled on static bikes at the Cruising Yacht Club of Australia over the last four…

Forget Star Wars (for now), this week the first instalment of the Clipper 2015-16 Race TV series, ‘Race of Their…