The first female Australian Skipper in the history of the Clipper Race, Wendo spoke at the Cruising Yacht Club of Australia event run by Director Janey Treleaven ahead of the race’s departure on 26 December.

Wendy was joined on stage by Victoria Sipajilo, Skipper of the first all-female crew to sail the Sydney Hobart onBarbarian, and Emma May, a CYCA Youth Sailing Academy representative for the last six years.

Wendy told the audience: “It doesn’t matter what your gender, age or height is, sailing is inclusive of everyone and that is what I love about it. Around a third of the 700 crew doing this year’s Clipper Race are female and represent all abilities and ages between 18 and 74 so it is absolutely fantastic to work with all these fearless females help them take on the world together.”

“I love a challenge and I’ve wanted to sail around the world for years so when the Clipper Race Skipper opportunity came up I jumped at it and I haven’t looked back. I’m living out my dream right now and I’m so grateful. Hopefully it is something more female Skippers will continue to do in future races also. There is nothing to stop us.

Wendy will take part in her ninth Rolex Sydney Hobart Yacht Race this Boxing Day when she competes against both the rest of the Clipper Race teams and main RSHYR fleet.

Victoria Sipajilo reminisced about gathering an all-female crew 40 years ago and spoke about how the sailing has evolved for the better to be exclusive of all demographics.

“I wanted to do a Sydney Hobart and was told that I would have to be a cook,” Sipajilo said. “And I am not a very good cook so I thought ‘bugger that’ and decided to Skipper my own boat.” 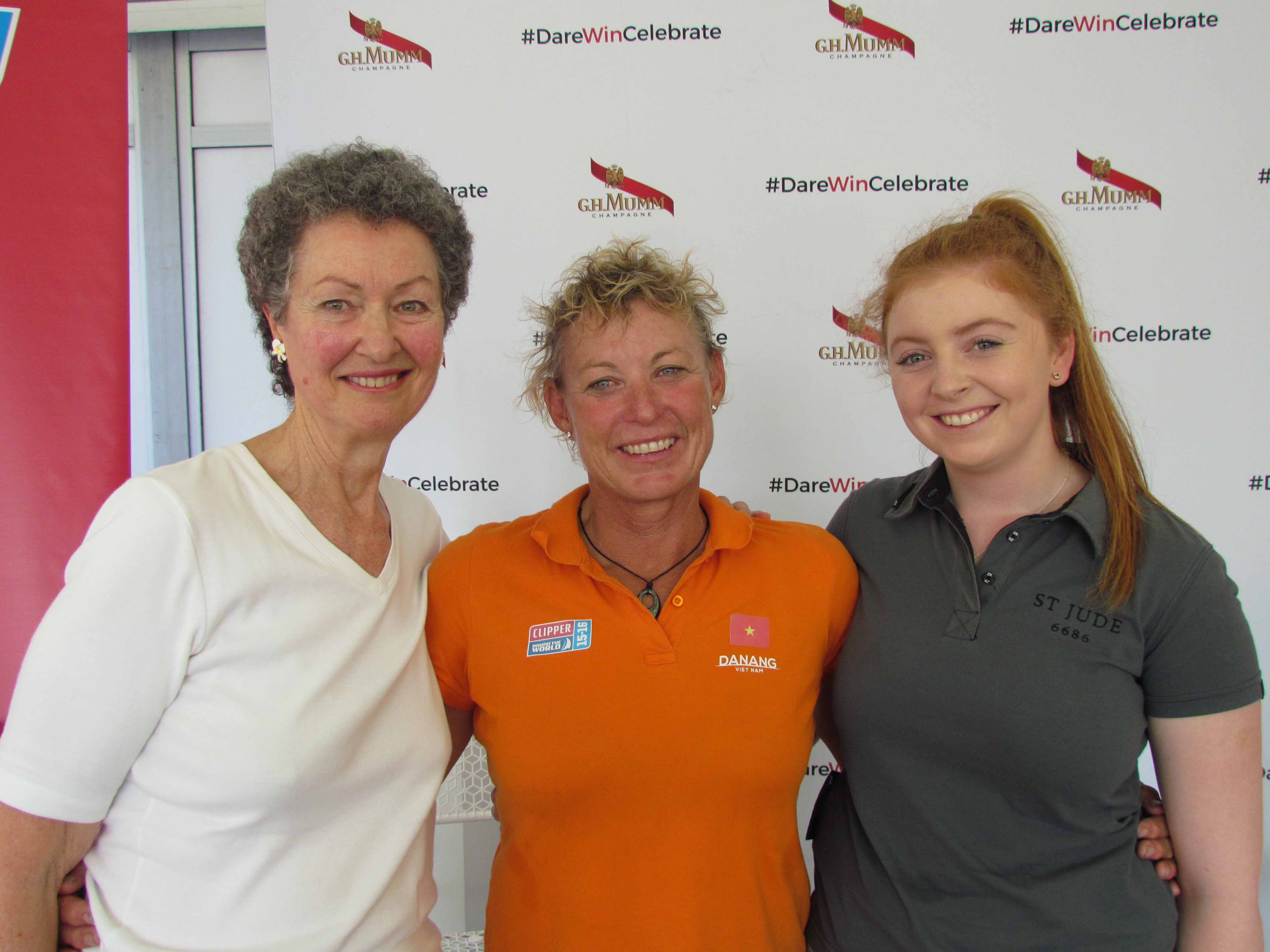 There are a total of five female Skippers in this year’s RSHYR, including Wendo. As well as the overall race, they will also be competing for the Jane Tate Memorial Trophy.

The Jane Tate Memorial Trophy, which has been presented to the first female Skipper over the line in perpetuity since the 50th edition in 1994, was created by the daughter of Mrs Tate, Kath Worbey, in memory of her late mother, to commemorate her achievement.

During the 2013 RSHYR, Vicky Ellis, then Skipper of Clipper Race entry Switzerland, was awarded the Jane Tate trophy at the official prizegiving ceremony of the 69th Rolex Sydney Hobart Yacht Race (RSHYR) in the Royal Yacht Club of Tasmania.

We are now recruiting for crew and Skippers to take part in the Clipper 2017-18 Race. Are you a fearless female and ready to train to take on the world’s oceans, or could you follow in Wendy’s wake and lead a team?

Click here to find apply to be a crew member.

Click here to find out more about becoming a Clipper Race Skipper.

Forget Star Wars (for now), this week the first instalment of the Clipper 2015-16 Race TV series, ‘Race of Their Lives 2’ gets its UK and European premiere broadcast on BLOOMBERG TV at 1100 GMT (1200 CET) this Saturday 19 December, repeated at the same…

The Clipper Race fleet is undergoing a busy schedule of maintenance in Sydney, including each boat being lifted out of…

Amongst the crew competing in the Rolex Sydney Hobart Yacht Race this year is Australian Ross Ham, (58), the first double circumnavigator crew member in the history of the Clipper Race.The Garmin crew member is enjoying his second circumnavigation so much he is…

Australian Skipper Wendy Tuck has arrived home into Sydney, with a fleet of five supporter yachts accompanying her team