The Clipper Race offers so many unforgettable moments for its Race Crew. Topping the wishlist for many who embark on the journey of a lifetime is the opportunity to see incredible wildlife in the habitat that they are sharing. It also serves as a stark reminder of the bigger picture; the habitat we all share everyday - our planet, and how precious it is. 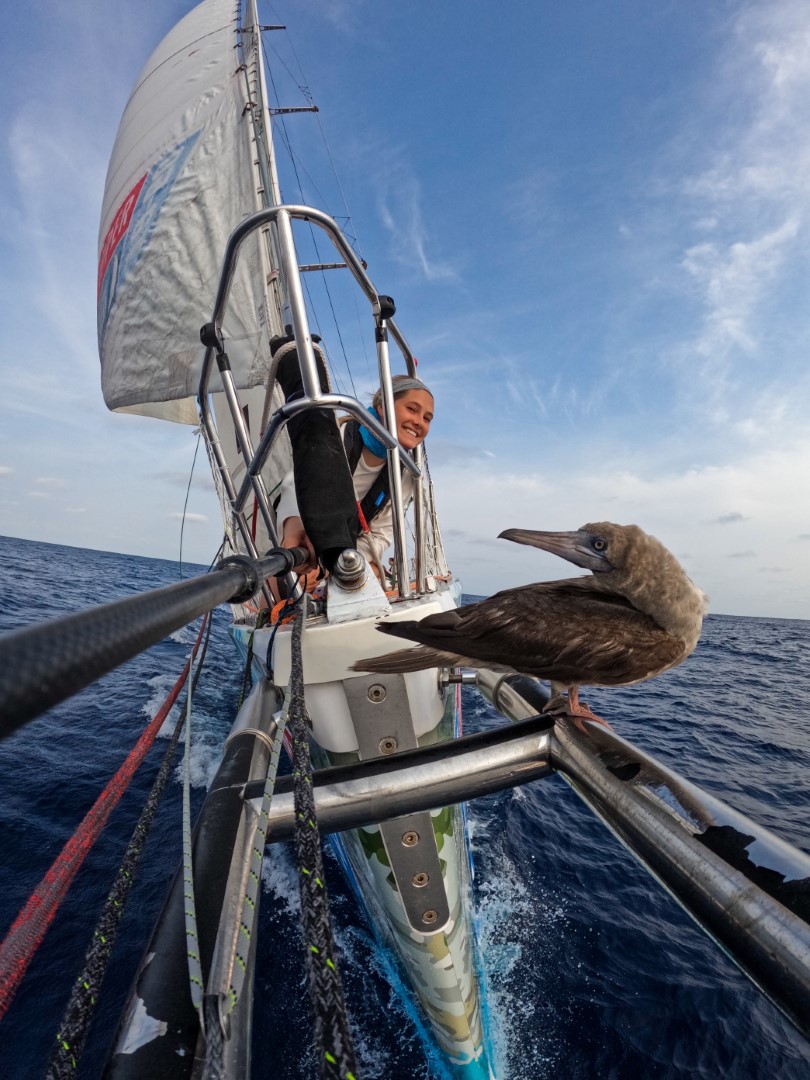 Image: Maddie Church and a hitch hiking booby on GoToBermuda

Race 11: Seattle Pacific Challenge, stage one of Leg 7, has seen the fleet depart Seattle for warmer seas, sailing down the west coast of the USA and Mexico on the way to Panama. This route famously offers a generous dose of wildlife sightings to please the most eager of Race Crew. While enduring life remotely at sea, it is a huge privilege to have the company of the exceptional marine life in its natural environment, providing special moments which the crew will treasure alongside their sailing experiences. 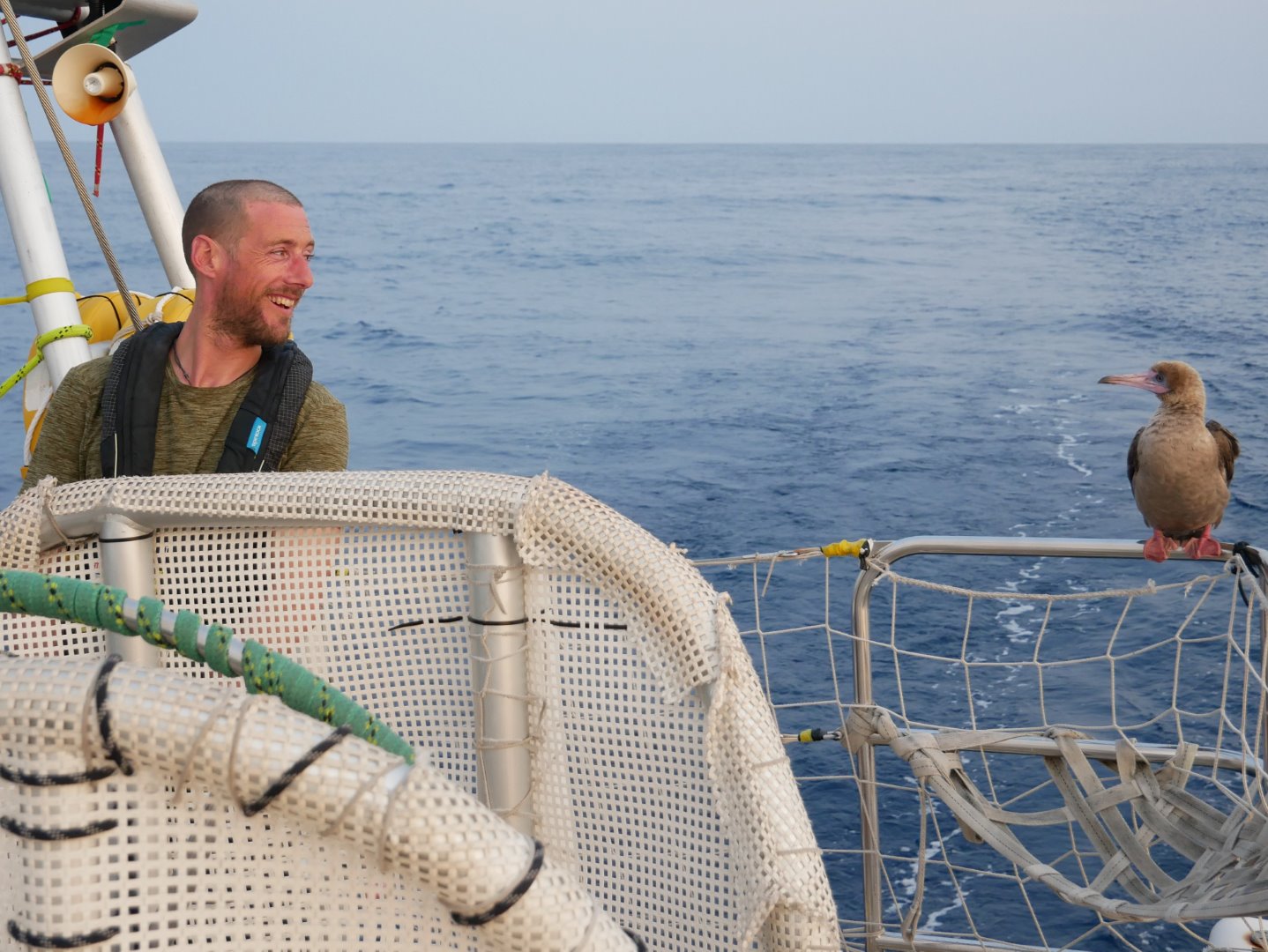 Image: A visitor for Josh Stickland on board Ha Long Bay, Viet Nam

As the fleet edge closer to the wonder that is the Panama Canal, Punta del Este Skipper, Jeronimo Santos Gonzalez reports on the natural wonders from the race, saying: “There is lots of sea life in these waters and the crew and I keep a sharp eye for any movement on the water that could indicate signs of life. We had hundreds of dolphins playing in front of the boat, sometimes jumping and doing acrobatics, lots of flying fish, a manta ray jumping out of the water, and lots and lots of turtles. Sadly we saw a turtle tangled with a jerry can and dragging it along unable to dive. This is a reminder of the world of waste we are living in and how it's affecting the environment and marine life in particular.”

Bringing her passion for the natural world and conservation to the race is Sophie Owles, a graduate zoologist from North Walsham, who is sailing with WTC Logistics. On the encounters at sea, she says: “So far this leg we have been lucky to have a few genuine fin sightings. On the motor out we saw several small dorsal fins swimming near the boat. As the resident zoologist on board, I was able to identify them as porpoise (basically mini dolphins). Once offshore, my watch also saw in the distance a tall black fin, which could only belong to an orca.”

Having left Seattle, where the theme of the stopover events was ‘the oceans are our future’ Sophie recalls: “On the morning of Race Start, we were lucky enough to be surrounded by whales. Seeing so many spouts of water around us when they came up to breathe was an amazing sight. Other wildlife sightings so far include a variety of seabirds flying around, listening to a flock of small birds passing us one night, and passing seals floating on the surface of the water having a rest with one flipper in the air (another “what’s that?” moment when the first one was seen!). This is most likely to help them regulate their body temperature whilst living in such cold water, and they are most likely either fur seals or sea lions for those interested.” 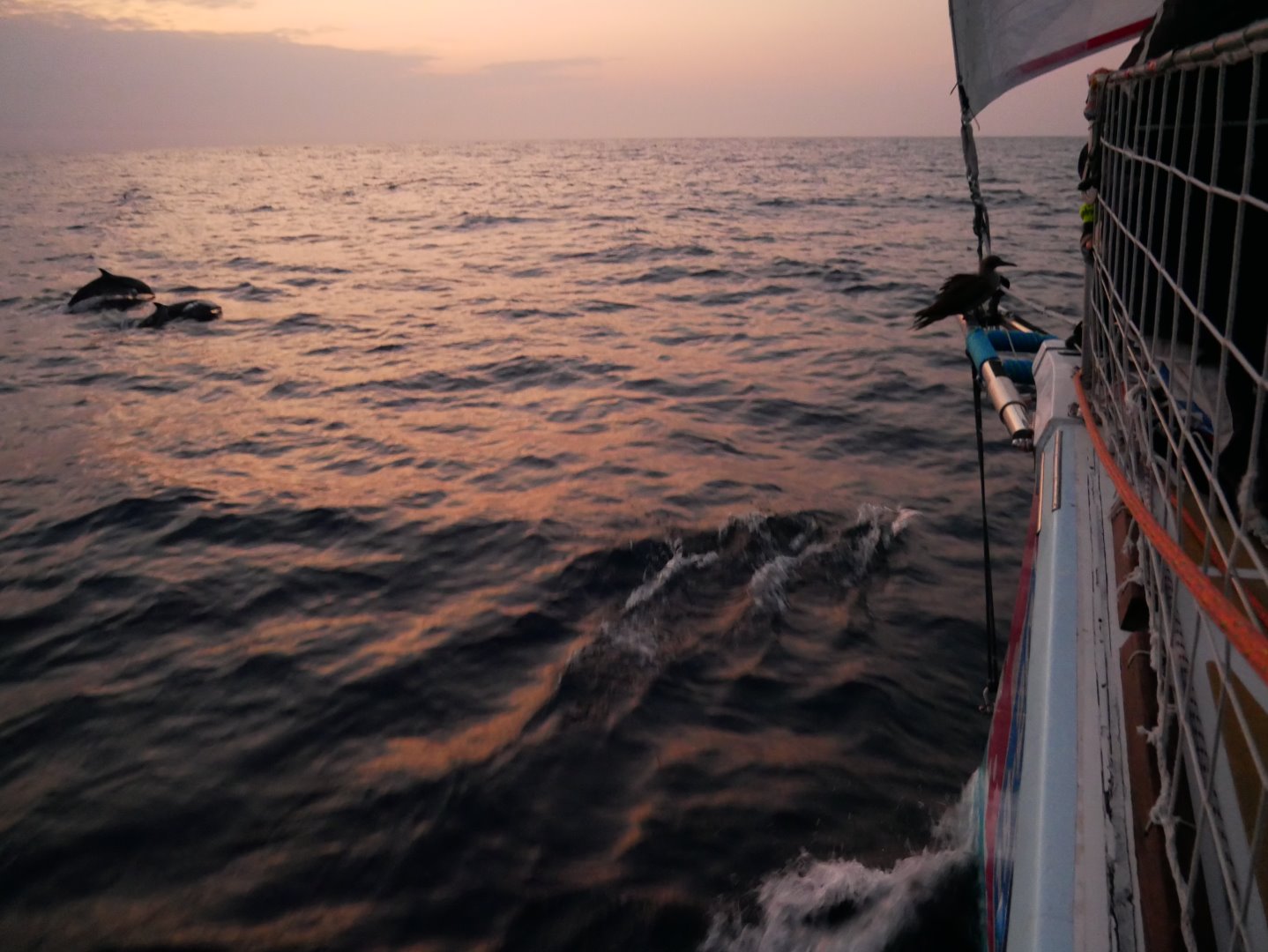 It’s not just sea life sightings that the crew have been treated to, but for a number of teams, including Visit Sanya, China, an array of interesting birds have become regular visitors and even temporary residents on the yacht. Visit Sanya, China Skipper, Mike Miller, reports: “In addition to the dolphins, of which there are plenty, we now see regular turtles (including one floating with a booby sitting on its back), plentiful flying fish and growing numbers of birds. A collared dove – a long way from home – landed briefly yesterday afternoon, a tropicbird, complete with long streaming tail feathers, paid us a brief call, and there are many many booby birds. Many are losing their dusky brown teenage feathers – and turning, ugly duckling style- into beautiful adult birds.”

Nigel Parry, Skipper on board Dare to Lead, shares his wildlife experience on the race to Panama, reporting: “I’m not an expert on all things wildlife, but I do know that in the shelter of this long finger of land are the breeding grounds of, amongst other creatures, the grey whale. Humpbacks are also to be seen here and countless thousands of sea lions. I lived in southern California for a while, many moons ago, and I remember that in springtime, the mother whales venture out with their still young calves into the open waters of the ocean, bound for Alaska and the rich summer feeding grounds of the far north. They migrate along the coast of North America and sightings, even from land, are common. The calves occasionally stray into the man made harbours and marinas strung out along the coast and sometimes, with a little human intervention and great excitement, they find their way back out to sea, and a waiting mother. Sometimes, sadly, not and the circle of life becomes a very short one.”

He continues, poetically sharing a significant encounter: “A couple of nights ago we had an extra special encounter with what can only have been such a majestic, intelligent ocean dweller. As we were ghosting along in light winds it became apparent that something was alongside the boat, fairly close and keeping pace, breathing loudly from time to time! We could not, unfortunately, see our companion, but we had definitely aroused some curiosity. He or she stayed with us for quite a while, observing from close quarters, obviously not nervous or annoyed at our presence in its habitat. At first on starboard, then for a while from the stern, then port, and so on. For at least 20 minutes we sailed along in their company until, I assume, either bored with our uncommunicative presence or satisfied that we posed no threat, he or she moved on to other things.

“It’s quite amazing just how special such moments are. The obvious interaction between ourselves and another species at the meeting point of our two very different versions of Planet Earth. Those of us on board who had the good fortune to experience those 20 minutes will remember them for the rest of our lives. I like to think the whale will too.” 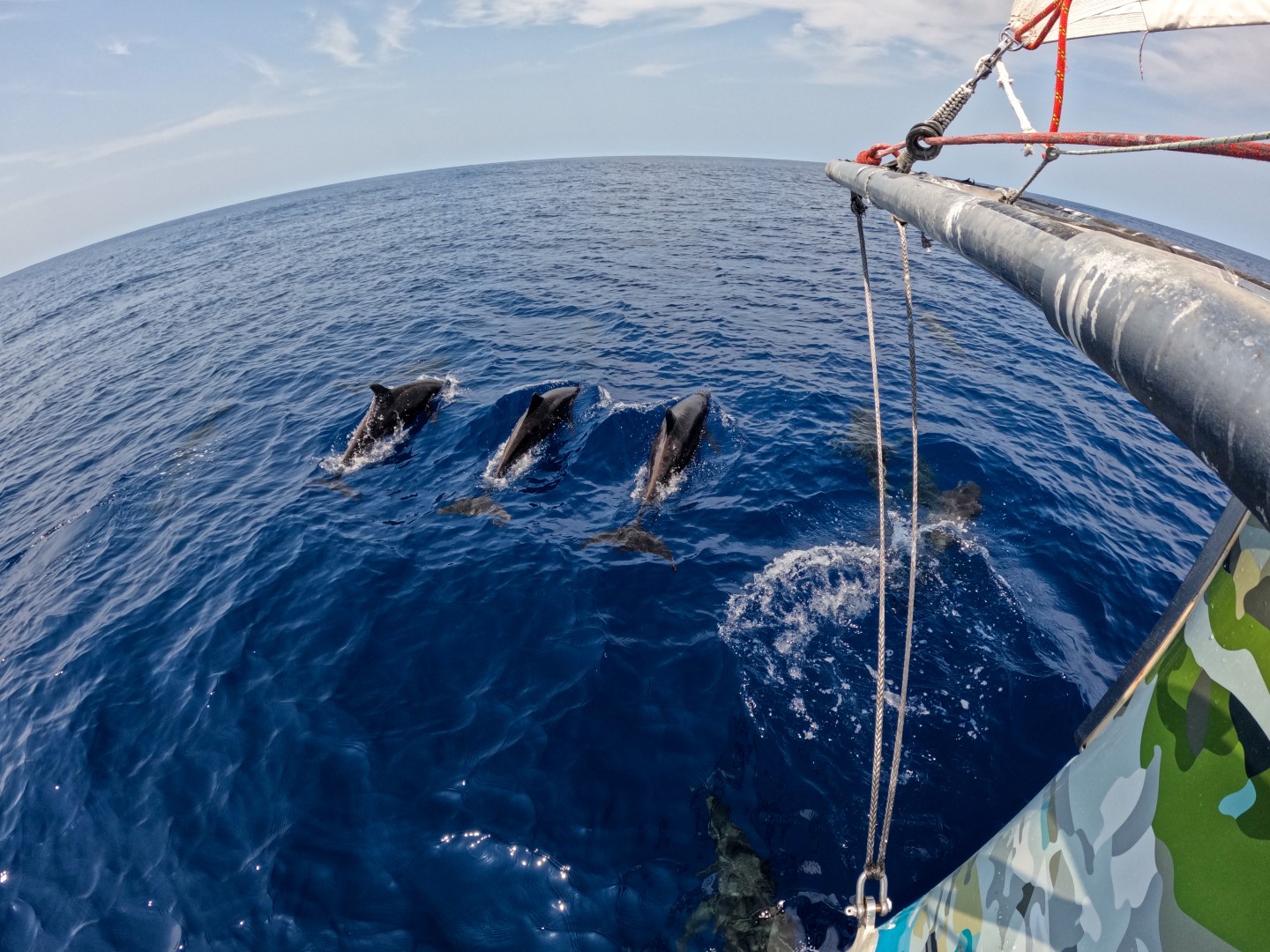 Image: Dolphins off the bow of GoToBermuda

These experiences at sea enhance awareness. It is so important to the crew and the race to create a greater link between communities and the ocean, and form partnerships with sustainability as a key value and that promote solutions that could help create a healthier ocean.

Want to get up close to wildlife wonders? There are limited spaces available in the 2023-24 edition, which starts in summer 2023. To secure your place, apply here.

The Clipper Race Committee has announced that Race 11: Seattle Pacific Challenge will end at Finish Gate 3. The race…